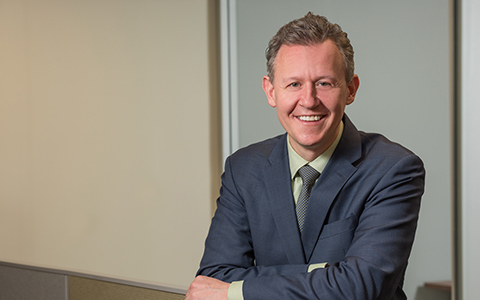 Most recently David served as Deputy Commissioner of Strategy, Research and Communications, and Chief of Staff at the Department of Housing Preservation and Development (HPD), where he was instrumental in leading key initiatives of the Mayor’s Housing New York plan. He worked on the development and successful implementation of some of the agency’s highest priority policies and programs, as well as public approvals for several rezonings and development projects, most recently East Harlem and the Sendero Verde project on East 111th Street.

In his previous role as Senior Vice President of Development at the New York City Economic Development Corporation (NYCEDC), David was critical to the success of comprehensive planning and development initiatives, from mixed use developments to waterfront esplanades across the boroughs. These transformative projects helped to strengthen the city's neighborhoods and central business districts, as well as increase public access to the waterfront. Among other large-scale efforts, he led Seward Park/Essex Crossing, Willets Point, and the East Midtown and Lower Manhattan East River Esplanade projects.

David has also served as an Assistant Adjunct Professor at NYU's Wagner Graduate School of Public Service where he taught Urban Economics and Microeconomics. He received his Masters of Urban Planning from NYU Wagner and his B.S. in Engineering from the University of Pennsylvania.