Measuring What Matters for Investing in Highway Wildlife Crossings 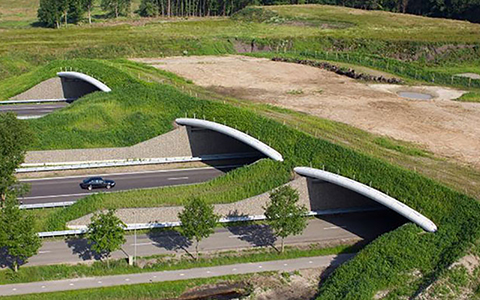 Not long after 9/11, Alex Levy got on a plane to Europe—not for vacation, but to learn about measures that EU countries were taking to integrate wildlife welfare and related highway safety into their surface infrastructure planning. The Europeans were decades ahead of the U.S. in this niche area of highway development, and Alex’s former employer, the Federal Highway Administration, wanted Alex and his colleagues to bring back knowledge to advance U.S. efforts. The groundbreaking initiative was a unique and eye-opening experience that has informed a segment of Alex’s work and voluntary professional efforts since then.

The obvious issue with wildlife crossing highways is safety. Each year wildlife-vehicle collisions kill approximately 200 people, cause thousands of injuries, and rack up billions in property damage. Animals die in huge numbers, including thousands of deer and bears. A lesser known impact is loss of genetic diversity within species as herds are isolated from one another, leading to inbreeding, followed by disease and population die-back. When it comes to rare, threatened, or endangered species, including even small animals like amphibians and reptiles, the loss of even a few animals or impaired access to their foraging and breeding habitats can have a significant impact on conservation efforts.

Interest in this issue has continued to escalate, and transportation and funding policies have become more attuned to letting states protect their wildlife resources with federal transportation dollars. Which is where Alex Levy, a Senior Ecologist in VHB’s Atlanta office, comes in.

Alex was invited to chair a panel for the TRB’s National Cooperative Highway Research Program to study this issue, specifically to evaluate measures used by state DOTs across the country for putting a dollar figure to the benefit of wildlife crossings over or under highways to provide safe passage.

“For example,” explains Alex, “if Florida spent $13 million on underpasses while widening I-75 where it bisects the Everglades—which it did in the late 90s—in order to protect the endangered Florida panther, how much return are we getting from that project in wildlife conservation and highway safety? Our goal is to strengthen the business case for states to improve the environmental quality of transportation infrastructure for both 2- and 4-legged stakeholders.”

The technical panel that Alex chaired put out an RFP, chose a research group, and oversaw the study and the resulting report. It was not a role that Alex envisioned when he graduated from the University of Georgia with a degree in landscape architecture focused on ecosystem restoration. But a career path that started at the GA DOT as a Transportation Ecologist, followed by work for consulting firms and the FHWA, made him a logical appointment for this position.

The panel’s report found that California has one of the best formulas for converting environmental impact mitigation into economic value—including the effects on insurance claims, medical costs, and productivity—but it’s certainly not the final word. States need to continue to evolve best practices in this area, whether it is for compliance or simply optics with budget-conscious DOTs and the public.

To learn more about the project, contact Alex Levy. 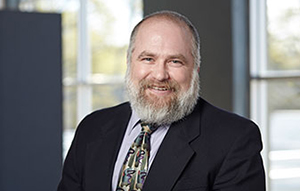