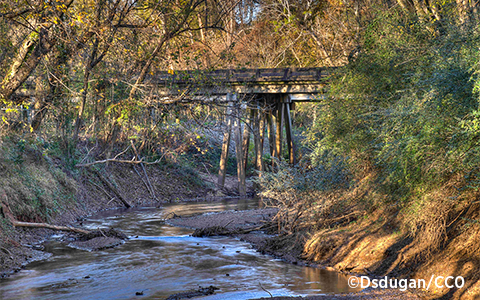 Just off the busy Interstate 16 east-west highway, a few blocks from the exit for U.S. 80 in Macon, sits one of Georgia’s cultural gems: Ocmulgee Mounds National Historic Park. Its peaceful location houses an American Indian platform mound complex and exists in marked contrast to the busy highway a short drive away. When two proposed Georgia Department of Transportation (GDOT) projects required crossing through the Park, the agency selected VHB to work with the Muscogee (Creek) Nation to conduct an Archaeological Resources Survey of the land in accordance with federal and state historic preservation laws and regulations concerning Traditional Cultural Properties (TCP) like the Ocmulgee Mounds.

VHB’s survey data and findings will be evaluated by the Georgia State Historic Preservation Office, FHWA, GDOT, and Federally Recognized Tribes to assess the effects to the TCP and help preserve its integrity and cultural importance before project construction begins. Their partnership reflects advances in roadway construction and historic preservation across cultural lines in the Southern U.S.

The Muscogee (Creek) Nation trace their ancestry to the peoples who built these mounds atop the uplands overlooking the Ocmulgee River nearly 1,100 years ago. Several ironstone, ceramic, and porcelain shards were also recovered, revealing the continued occupation of the area well into America’s historic period. The ancient site is unfortunately no stranger to disruption. The team’s survey revealed artifacts of different time periods located within the same context, which is an indication that the Ocmulgee River has continued to move and mix historic objects together over the years.

Prior to the introduction of the National Environmental Policy Act (NEPA), it was not a common practice for contractors and transportation authorities to conduct cultural resource surveys before construction. The earliest history of roadway construction in the Southern U.S. includes looting ancient shell mounds for road building. This practice would be illegal today, in part due to a series of cultural preservation laws, such as the National Historic Preservation Act (NHPA) which fall under NEPA and require all federal agencies to consider the effects of their undertakings on the cultural environment. Without this law in place, historic sites such as the Ocmulgee Mounds would be permanently lost to development.

The Ocmulgee Mounds GDOT survey is a good example of how tribal government worked closely with public partners and private industry to approach preservation of cultural resources on the site with sensitivity and diverse perspectives.

“This was the first time our team has worked directly with a tribal sovereign nation,” Andrew stated. “It’s given us the unique opportunity to share ideas and gain new insights and perspectives on the types of archaeological resources we study.”

The artifacts recovered from the Ocmulgee Mounds survey will be stored at a curation facility on the University of West Georgia campus, in accordance with guidelines established by the U.S. Secretary of the Interior. 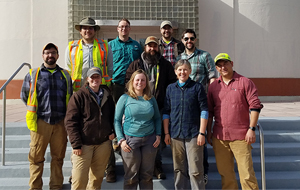