VHB Team Is Pioneering the Science and Craft of Bridge Inspections

Use of drones increases access, accuracy, and safety while cutting costs

Six years ago, Bob Blunt, P.E., a Senior Project Manager, was in a boat under a bridge in Maine with a pair of binoculars performing a routine bridge inspection, wishing he could see the bearings a little more closely. As a bridge inspector, precision is critical, and Bob wasn’t getting what he wanted. At the time, people were trying to figure out how to use unmanned aerial systems (UAS—a.k.a. drones) for bridge inspections, but the approach was in its infancy, and it wasn’t being used in Maine.

In 2016, when the next bridge inspection contract came up with MaineDOT, Bob asked for permission to test the concept. That was the beginning of a pioneering journey that has made VHB a national leader in using UAS for bridge inspections.

We sat down with Bob and UAS pilot Anthony Darlington to learn more.

VHB: Let’s start back in 2016—did MaineDOT grant you permission to fly?

BB: Yes, with one requirement: that the camera be able to look straight up. Nothing on the market had that capacity, so we worked with a contractor to build a custom drone with a gimble and camera mounted on top. Everyone was impressed with the level of detail we got on the underside of the bridge.

As I realized the potential for this technology, I knew we needed to assemble an in-house team to push the envelope. We were very fortunate to hire Anthony Darlington, who has helped us build our drone practice from the ground up. Anthony is a Technology Specialist at VHB, an FAA-certified drone pilot, and a former member of the U.S. Army Special Forces who flew UAS reconnaissance missions in Afghanistan and Iraq. So he knows what he’s doing.

VHB: Can you give us a visual? What conditions were you working in, and what were the challenges?

AD: In 2017, we flew some very difficult bridges in Skowhegan, Maine. The first was 30-40 feet off the water, and we found a web of fishing line and old rope swings underneath. I was flying a Matrice 210, which is a tank of a drone, so there was some pretty dicey dodging and weaving.

The second bridge was only 5-6 feet off the water. With a strong current and a dam 50 feet downstream, not many inspections had ever been underneath this bridge due to the danger. For this job, I chose a Mavic Air, a tiny drone that’s easier to maneuver. However, there was no GPS stabilization under the bridge due to the tight space, which made the drone very difficult to control. It’s tough to fly in those conditions and not dump an $800 drone in the water.

VHB: Was it worth the effort?

AD: Absolutely. This bridge was relatively young, no real concerns. The MaineDOT folks were on shore with us, and we were all stunned to discover that massive chunks of concrete were falling out from the backwalls. No one had been underneath in recent years due to the safety hazards, so this deterioration had gone unnoticed. It’s a perfect illustration of why drones are a game-changer. They offer unparalleled access and safety.

VHB: You’ve gotten some visibility recently with the Federal Highway Administration (FHWA)…tell us more about that partnership.

BB: FHWA recognized the potential that drones offer for bridge inspections, but there were no protocols, and they weren’t seeing quality results in the field. In 2018, they set out to research different approaches, and Futron Aviation, the lead contractor, brought VHB in to help.

I was at a conference later that year and met James Bryce, from the University of Maine. When I described the FHWA project—and our search for a facility where we could conduct controlled experiments—he said he had the perfect place: the university’s Transportation Infrastructure Durability Center. TIDC is run by a consortium of New England universities, and their mission is to improve the durability of transportation infrastructure in the U.S. It was a perfect partnership.

AD: The TIDC facility is amazing. They have a gigantic indoor space with an industrial fan over a massive wave pool where they model offshore structures. It’s also a GPS-denied environment, which mimics conditions beneath many bridges. We spent two days testing different wind speeds and lighting conditions, which distance from an object would yield optimal images, and other variables. The results formed the basis for the research paper.

VHB: Will this report be available to others in the industry? And have you gotten any preliminary feedback?

BB: Yes and yes. We expect FHWA to publish the report soon, and early reactions have been terrific. We recently hosted a webinar through FHWA about the project and had 190 attendees from around the country on the call. We’re getting national attention for our work, and so is MaineDOT—they’ve been right alongside VHB as pioneers in this emerging field, and we’ve built a great relationship with the University, FHWA, and other leaders who are using this technology.

VHB: Where do you see things going from here?

AD: I’m looking forward to further collaboration with UMaine and TIDC. We hope to test more advanced elements, such as optical properties, minimum camera requirements, thermal imaging, and LiDAR. Then there’s the aerial aspect, the role of stabilization—there’s so much we can continue to investigate and learn.

BB: VHB just got a contract with MaineDOT to do LiDAR scans of 220 bridges, and we’re in the process of growing our team. Flying drones under bridges takes tremendous skill, and one of Anthony’s roles at VHB is training UAS pilots and technicians across our footprint.

Anthony also recently became the 29th person in the country to be certified by the American Society for Photogrammetry and Remote Sensing as a mapping scientist for UAS, a program that is accredited by the Council of Scientific and Engineering Specialty Boards.

VHB: It sounds like you guys are on a roll.

BB: We are—no one else is doing what we’re doing, to the degree that we are. It’s very exciting to be helping to lead in this industry with credibility and the backing of top people, national organizations, and academic institutions in the region.

VHB: Thank you both for speaking with us.

Connect with Bob rblunt@vhb.com and Anthony adarlington@vhb.com if you have any questions or wish to present this emerging technology to clients. 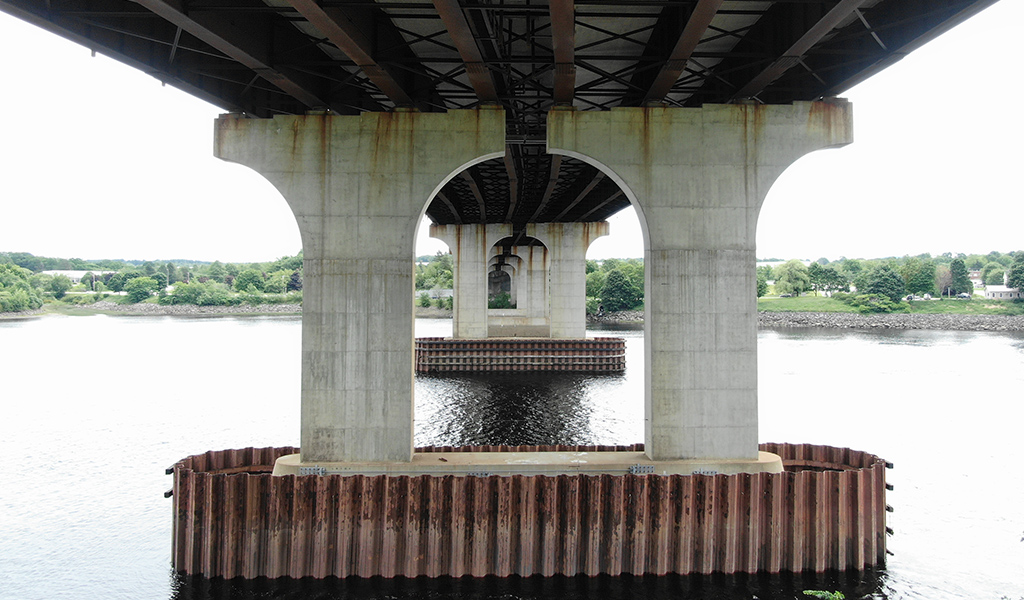 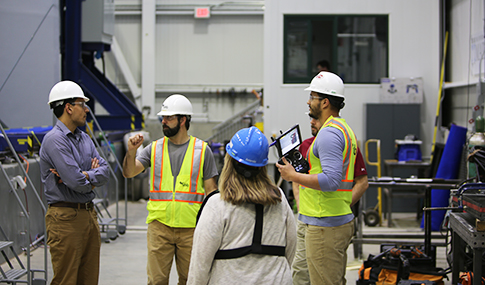 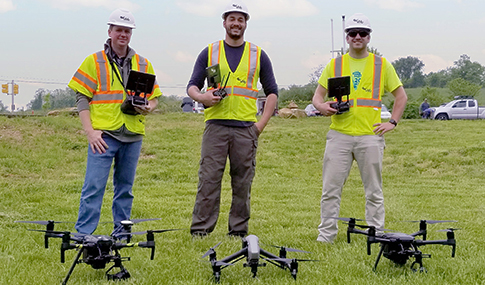 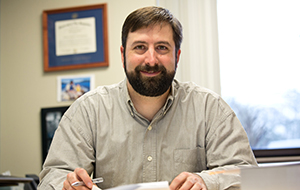