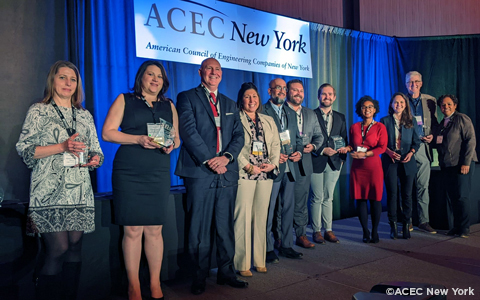 The American Council of Engineering Companies of New York (ACEC New York) has recognized VHB among nine recipients of its inaugural Diversity, Equity, Inclusion & Belonging (DEI&B) Award. The award honors firms who have launched programs and initiatives that attract, hire, and promote personal and professional growth opportunities for women, people of color, LGBTQ+ persons, and underrepresented people in the engineering industry in New York.

“Research tells us that diverse organizations with inclusive cultures are more likely to attract and retain bold, bright, passionate professionals; be high-performing, innovative, and agile; and meet or exceed financial targets. As important as these outcomes are, however, they are not the end game,” said Mike Carragher, VHB President & CEO. “At VHB we are committed to sustaining a diverse, equitable, and inclusive organization because only in such an environment can each of us become our best self, growing and evolving through a dialogue of many voices—and elevating our humanity in the process.”

Alex Moscovitz, an environmental planner, accepted the award on behalf of VHB at the annual ACEC New York Winter Conference in Albany on Sunday, January 31. Alex was a founding member of the CJA, which began as a grassroots effort by emerging professionals in VHB’s New York City office to start a conversation around how the team would take action in terms of DEI&B and racial justice in the short term. The CJA incorporates principles from the Black Lives Matter movement and builds on VHB’s Community Conversations, which take place throughout the year across all VHB offices. 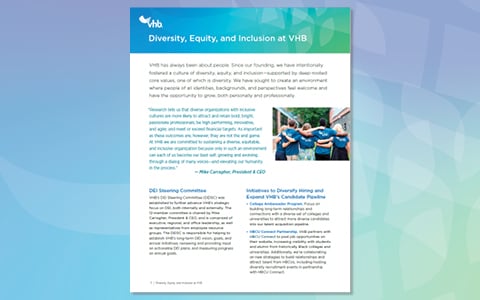 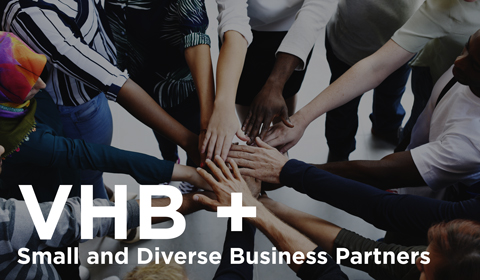