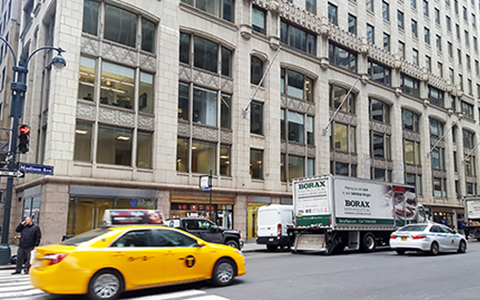 ​​An important next step in the East Midtown Zoning project was reached when community board public hearings began this month. As the largest rezoning in Manhattan since Hudson Yards in 2004, this project proposes zoning changes to a 78-block area of Greater East Midtown–one of the largest job centers in New York City and one of the highest profile business addresses in the world. VHB has been working closely with the New York City Department of City Planning and New York City Economic Development Corporation to prepare a Draft Environmental Impact Statement (DEIS) for the zoning text and zoning map amendments that will result in the incremental development of nearly six and a half million square feet of commercial development.

Centered upon historic Grand Central Terminal, the rezoning area contains more than 60 million square feet of office space, more than 250,000 jobs, and the offices of numerous Fortune 500 companies. Proposed zoning changes will protect and strengthen this high-profile office district; help preserve and maintain landmarked buildings; permit overbuilt buildings to retain their non-complying floor area as part of a new development on the site; upgrade the area’s public realm; and maintain and enhance key characteristics of the area’s built environment. Rezoning will confirm the area’s future as a world-class business district and major job generator for New York City.

“To meet the aggressive certification schedule, our team collaborated with the City’s technical resources and zoning experts on a daily basis,” said Nancy Doon, VHB's project manager and Director of Environmental Services. “Due to the project magnitude, detailed analyses were conducted for almost every area of the City Environmental Quality Review (CEQR) Technical Manual. Through extensive coordination and data sharing, we streamlined preparation of the EIS analyses and were able to deliver the DEIS in just six months.”

Throughout the process VHB acted as the City’s trusted partner to deliver this complex DEIS on a fast-track schedule, successfully meeting the December 2016 deadline and moving the project forward.

With the completion of the DEIS and the certification of the land use application in January, the City entered the seven-month public review process.

Click here for more information and to view the DEIS.